This is on my list of things to cook. Soon. Posting it here so I have *no* excuse. Instructions from a friend:

Visi: you should make the roast squash!
Visi: chop them in half, scrap out the seeds, score it with a grid, rub butter in, coat in salt and pepper and roast
Visi: put a lil bit of curry powder on near the end
Kirrus: temperature?
Visi: 180 I guess
Visi: whatever temperature you want!
Visi: takes a while but when you can shove a fork through it it’s done
Visi: *easily

But in truth it had not exactly been gold, or even the promise of gold, but more like the fantasy of gold, the fairy dream that the gold is there, at the end of the rainbow, and will continue to be there for ever provided, naturally, that you don’t go and look.

This is known as Finance.

Cycling home tonight, I had just left work’s place, onto a stretch  of road with no streetlights. Picture the scene, it’s just stopped bucketing it down with rain, now spitting. I’m in wet-weather gear, and it’s dark. Quite dark. My backpack has a reflective cover, and I’ve a reflectctive jacket, with a particually annoying LED flashing backlight. (I’m paranoid – shortly will have red LED flashing in my helmet.)

Got out safely, clipped my feet in fine (I now have special shoes that clip onto my pedals), accelerating towards my average 15-17mph on that particular bit of road, the wind decided to push me, hard, towards the edge of the road. A very small shallow there, with a grassy bank. Wheels in the culvert, uncontrollable de-acceleration, equals me flat across the A road, with one car passing me and another just behind it.

Promtly to the sound of car-horns telling me just how close I’d come to getting run over, I dragged myself off the road *sharpish*, and dragged my bike off as quick as I could after I was off. I’ve a couple of very minor abrasions on my ankles. Lucky. Very lucky.

Note to self. When it’s wet and windy, piss drivers off by sticking a meter off from the side. It’s far better than getting run over.

Grandpa passed today, after loosing his fight with pancreatic cancer.

See you when I’m dead. Till then, miss you Grandpa. 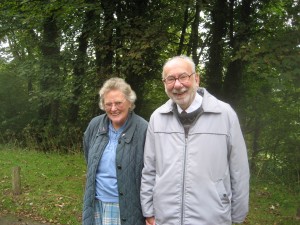 A forum-friend provided this recipe, when I asked for suggestions for a spare chicken breast (other one went into curry.) Very yummy indeed, thanks!

Once cooked let it rest and start to cool, whilst you prepare the bits to go with it.

Smear mayonnaise and mustard on two slices of bread. Slice the chicken thinly into strips. Then add lettuce leaves to the bread, the sliced up warm chicken, and top with tomato slices.

I mixed the order, adding the chicken and then the lettuce, but it still tasted nice: 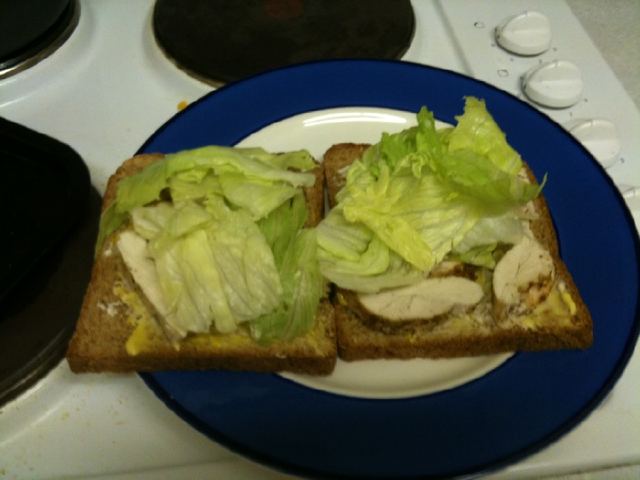 Sorry about the rubbish photo. Taken on my phone.

I know that someone stole from the charity shop today. Found the remnants of a plastic tag broken by teeth on the floor in the changing room. Thought there was someone doing something suspicious in there earlier, but got distracted by people paying.

Not the first time either, we had a set of known thieves three weeks ago, think they probably suceeded, someone found a destroyed tag outside the shop.

I wonder, do they steal from need, from dependence on stealing, or for the excitement, the thrill of the crime?
Having never stolen anything physical, to knowledge, I don’t know.

Guess this will be one area of curiosity never sated. I just have to keep an eye out for them.

Photo below, Gerald the Giraffe enjoying a glass of coke, having just been rescued from the kidnapping admin team at one of our offices 😉 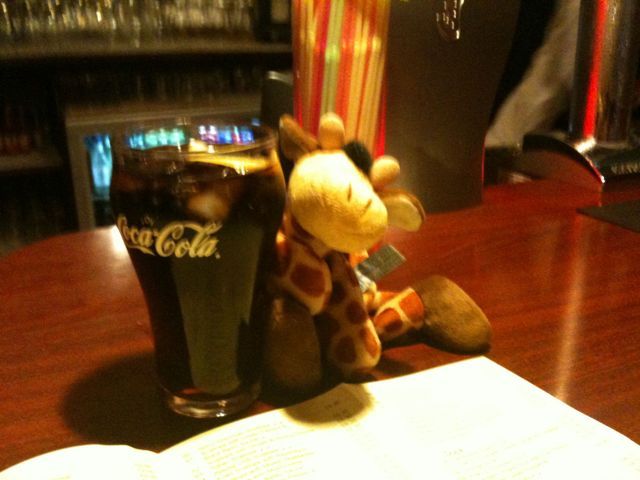 Working at a charity shop, I’ve been on the till of late. It still surprises me how many people don’t want their receipts. You know, of course, that they can’t get a refund without one.

I get not taking one for plain bric a brac, not much to go wrong, but shoes? CDs? I keep thinking, people, almost everything in here is second hand. Mad world. 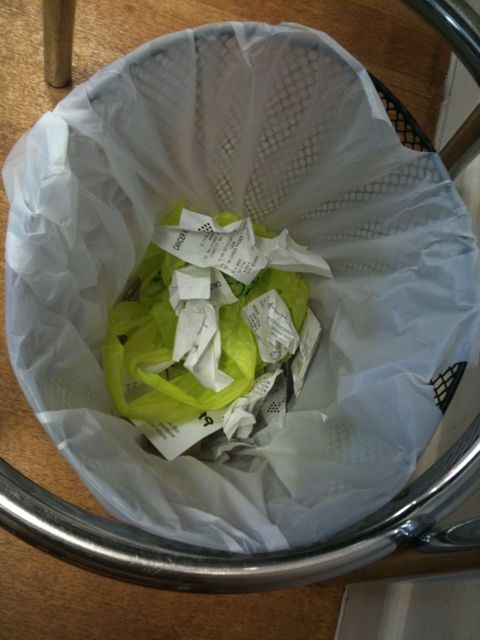 I really hate studying from a book. My learning style is much more practial hands on. My mind just does not want to read and make notes on this boring technical book, and I can’t keep myself from getting side tracked.

Case in point, Page 235 of my LPCI 1 text book (awful by the way, don’t get LPIC-1 in depth by Michael Jang, its useless, honestly), I decide to browse through my photo archive after I pulled that shot out yesterday. And this is what I came up with: 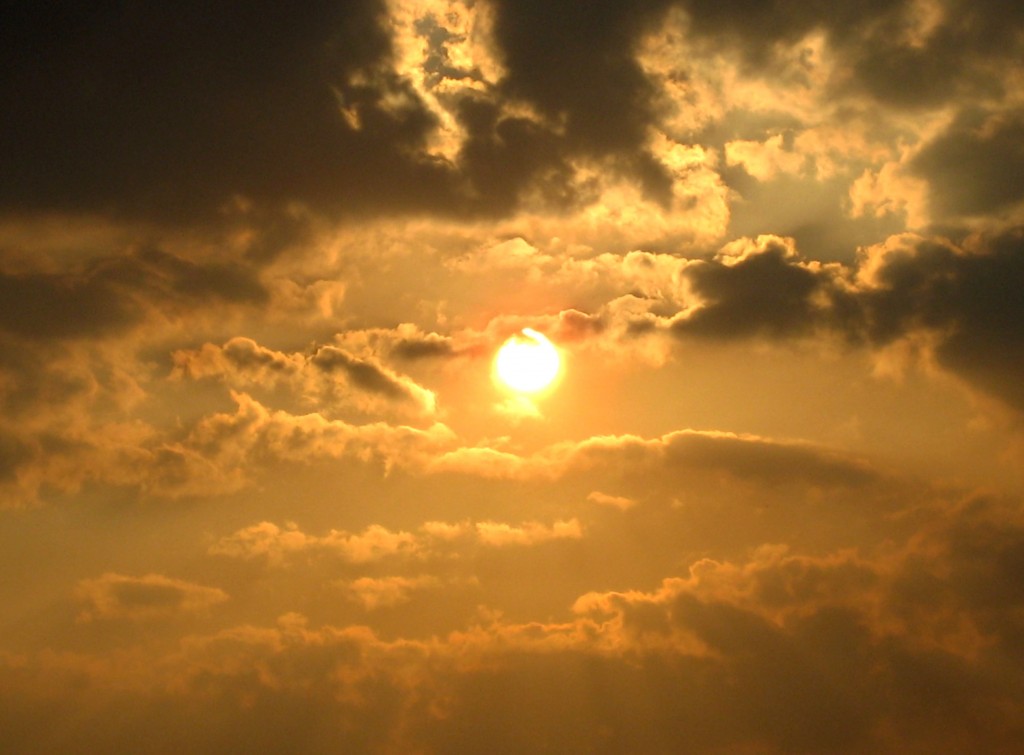 Right, mind. Back to shell scripting. (While loops.)

I use an iPhone app called ‘Sleep Cycle’ to monitor my sleep patterns, and wake me whilst I’m naturally most awake, within a half hour window at the end of the night. It is really useful, and works really well, when I have a good night.

Having a cold robs me of a good night: