Wahoo! I’ve been able to post every day for a week! I wasn’t quite sure that I’d manage it. I’ve come quite close (half an hour) to failing. 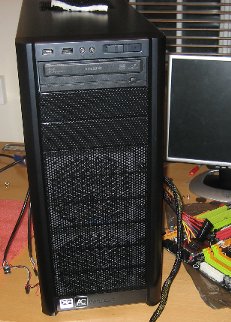 Had some advise and help from a colleague working on my new desktop – pulled the motherboard back out of the case, and rested it on the anti-static bag. Plugging it back into the PSU, and then using the on-board power button (Yay, don’t need to use a screwdriver 😉 ) to initiate it. But, the same thing that happened as in the case – power flicked the CPU fan and on-board led lit up, but the system didn’t POST.

So, with the CPU socket clear, the board is DOA1. So, I guess I won’t be playing RA3 for a while. 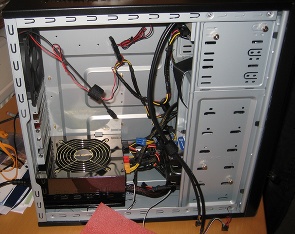